How to Get into Rugby Union

How to get into Rugby Union

Rugby Union, particularly in England, has long been perceived as a game for the upper classes. This is perhaps due to its origins in the public schools, to which only the wealthy had access, and the fact that few working men could afford to play an amateur game, time off work and the risk of injury posing serious threats to their incomes. But professionalism, the game’s increasingly high profile and, more recently, the inclusion of the sevens version in the Olympics, have raised interest and begun to attract greater numbers of people, both men and women, from all social backgrounds.

Why take up rugby?

Rugby is a tough, physical game that requires you to be fit, so by playing the game you can expect your health and fitness to improve. There are, however, many other benefits that are perhaps less obvious:

Camaraderie – as rugby is a team game, you’ll be part of an environment that engenders team spirit and an ethos of working for each other. This carries on off the field, with rugby clubs offering playing and non-playing members plenty of social activities and events.

Self-discipline – rugby develops self-discipline in two ways. First, you have to be disciplined to follow your training regime. And, second, you have to develop self-control on the pitch, especially at those times when opponents play outside the rules and match officials seem not to notice.

Character building – rugby is a fine character-building sport. It requires courage and commitment, increases confidence and teaches self-respect and sportsmanship.

The easiest way to get involved with rugby is to get along to your local rugby club and have a chat with the club secretary, as you will always be welcome. Many clubs are, in fact, involved with recent initiatives by the RFU to encourage people into rugby.

In 2007, for example, the RFU began a drive to get former players back into the game in with its Go Play Rugby project. It involved some 750 clubs and universities, and was a great success, enticing some 12,000 former players aged from 18-30 to return to the game. It has now been extended into the Play On campaign, which aims to continue and build on the success of the initial project.

Of course, the RFU recognises the importance of bringing players into the game at school and in 2012 launched All Schools, a project designed to get more schools in England to play rugby. The aim was to take the game to over 700 state secondary schools instilling the values of the game into a new generation of potential players by creating a happier and healthier school life, increasing self esteem, enhancing learning and reducing anti-social behaviour. With our long history of involvement in rugby that has seen us become one of the world’s foremost suppliers of rugby gear, here at we are proud to be able to support All Schools as official partners and suppliers of bespoke kit to all the schools involved.

There are also programmes available for even younger children. For example, pre-schoolers and toddlers can join programmes run by organisations such as Rugbytots and Little Stars Rugby that are aimed at 2-7 year olds.

What if I want to play but don’t relish the prospect of a full contact sport?

It is true that, as a full contact sport, rugby does result in occasional injuries. But you can mitigate against these by getting fit and taking precautions by wearing protective gear like shoulder pads and rugby head guards that are produced by companies like Canterbury to help reduce injuries. 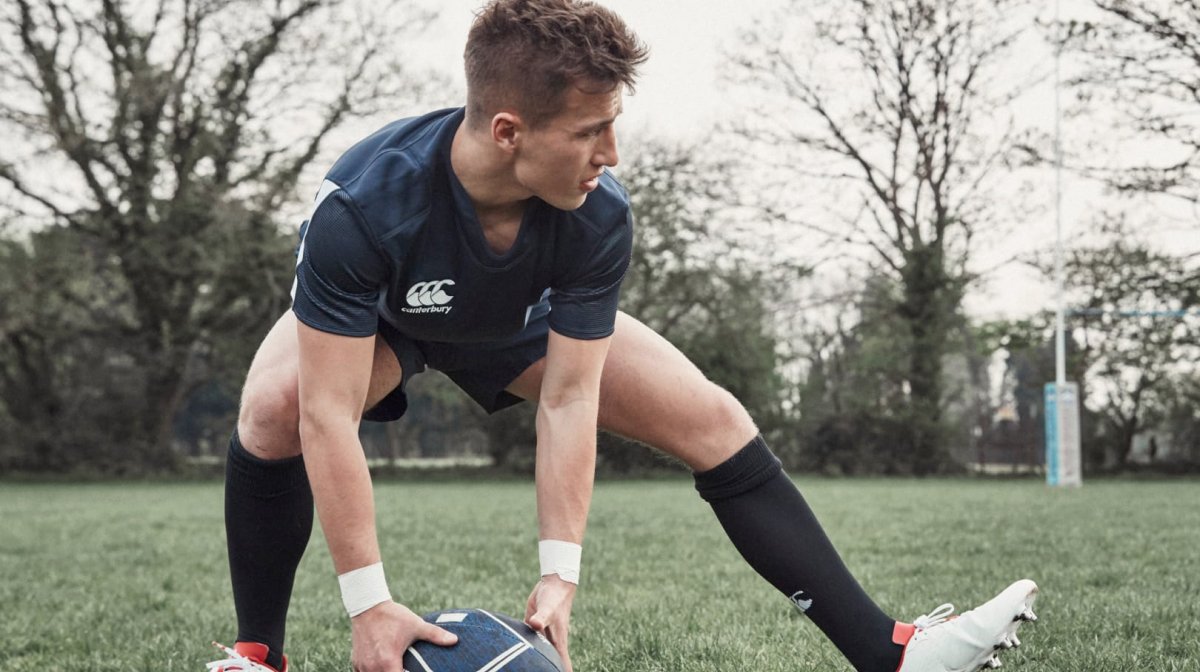 But you don’t have to play the full contact forms of the game. You can have just as much fun playing touch rugby in which the contact elements like scrums and mauls are eliminated and tackles are replaced by touches that must be below the waist. There is also tag rugby, a similar game to touch but players ‘tackle’ by touching a tag attached to their opponent’s waist and shouting ‘tag’, after which the opponent has three seconds to pass the ball. These non-contact versions are used to introduce younger children safely to the game.

British & Irish Lions: Who’s in and the National…

Giving Your Wardrobe the Rugby Edge

5 Benchmarking Tests to Track Your Fitness

Why Are Rugby Boots Important To Players?

Alternative Workouts to Make You Shudder